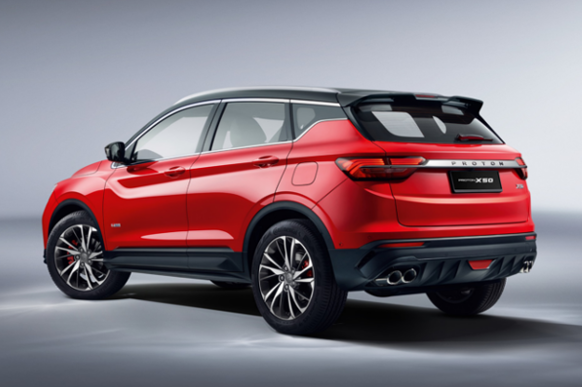 The Proton x70 and the Proton x50 are two compact and subcompact crossover SUVs by Proton. As the name clarifies, both the vehicles are sports utility vehicles and with the power of a sports car, the utility of a pickup truck but with the seating and shape of a passenger car.

But this is not it for these SUVs. They are also known as the tiger and the fighter jet of the automobile industry for a reason, and that is what we are going to discuss in the blog in terms of design, safety, and variants.

Let’s start with the x70 as it was launched earlier the Proton x50 Harga as the first SUV by Proton in 2018.

Proton has taken its time and paid some good attention to the design of x70 that can be seen in many parts.

To start with, the car truly represents its Malaysian origin as it involves a significant touch of Malaysian history and culture. The “infinite weave” which is a new grille design for the SUV is inspired by classical Malaysian wood carving. The same design also expands to the interior of the vehicle where you can see it on the speaker covers.

Moreover, the car also pays a tribute to Malaysia’s traditional weapon “the hunting bow” with the chrome surround on the grille but even this is now what makes it the tiger of the SUVs.

It is muscular, slightly bulky but the sharp design of x70 makes it look like a tiger. And to add to the feel, Proton has designed its headlights on the pattern of the eyes of a tiger, making it look like the powerful beast it is.

Proton X70 is not all about performance and looks, it is also equipped with all the modern technology that is necessary for a perfect family car. The car has amazing side and front crash protection and is equipped with systems like an anti-lock braking system that keeps its wheels from locking while applying brakes so that it maintains tractive contact with the roads.

Moreover, it also has electronic brakeforce distribution, a system that automatically distributes the optimum braking force on wheels depending upon the condition of the road so that braking does not lead to an accident. As an extension of this technology, the vehicle is also equipped with electronic stability control that makes your vehicle stable and keeps it from skidding and flipping.

For added protection, it has a braking assist system and six airbags for 360 degrees protection.

The car was originally launched with four variants all equipped with a 1.8-liter turbocharged gasoline engine. The engines are capable of producing 182 HP and use Gasoline Direct Inject Technology. The transmission box consists of 6 gears in all the variants including Standard 2WD, Executive 2WD, Executive AWD, and Premium 2WD.

However, Proton introduced the fifth version of x70 in early 2020 called the CKD version which had a 7-speed gearbox.

Proton x50 Harga was introduced in 2020 as the second SUV from Proton, two years after the release of its first SUV.

The overall design of this vehicle is inspired by and designed on the pattern of a fighter jet and we can’t help but agree with this statement because of the feel this car gives.

To add to the beauty and the shape, the exterior of the car has a contrast of two deep colors that stand out. The same pattern is followed for the interior but with smoother tones of the same color to give a comfy and homely yet modern feel.

Similarly, the design of the alloy rims installed on x50 is inspired by turbines, which give a really powerful feel when the call rolls on the roads.

Proton has paid the same attention to the safety of x50 if not more than x70. The safety features vary in the variants that will be discussed later but essentially, the x 50 is equipped with airbags, stability control, hill assist and descent control, adaptive cruise control, autonomous braking, blind-spot monitoring, and many other features.

There are four of x50 as well, named Standard, Executive, Premium, and Flagship. The x50 engine is a 1.5-liter three-cylinder turbocharged engine. The standard variant uses port-injection whereas the flagship version uses direct injection technology.

Why Proton is the Safest Car Purchase You Can Make